Among the composers of the late 16th century who deserve greater consideration among today’s popular repertoires, we can certainly remember the Tuscan organist Francesco Bianciardi (also known as Bianchardus, Bianciardus, Blanchardus), born in about 1572 in Casole d'Elsa, a picturesque town nestled between the rolling hills of Siena. As an organist with roots in Tuscany, I am proud to honor the 450th birthday of this forgotten Tuscan composer by recording his complete keyboard works in Karlskoga. I have already proposed his complete keyboard works in concerts in Tuscany and Sweden. We still have little information about Bianciardi’s training and we do not know with whom he studied music during his early years: the first records date back to 1596, where he appears as the organist of Siena cathedral, of which he also became the chapel master the following year. Both positions were assigned to him by G. Tommasi, head of the Opera del Duomo, as the composer himself declares in the dedi
Continua a leggere 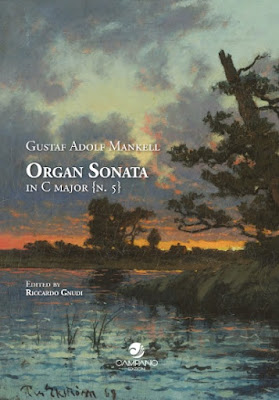 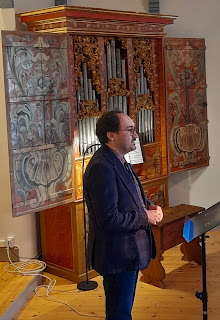